We are Team Rynkeby

In 2022 we had more than 4.500 sponsors who contributed to the project with either fundings or in kind

In 2022 we donated 10.4 Mio. Euro to organizations that help children with critical illnesses

Team Rynkeby is run by the Team Rynkeby Foundation, which is organized in the following way.

The Team Rynkeby Fonden consists furthermore of a CFO, who is responsible for the economy of the project, and an Accounting Assistant, who takes care of invoicing to sponsors, as well as an administrative function, that among other things is in charge of IT-support for the participants.

Each Team is led by a Team Manager as well as a Steering Committee consisting of a number of participants with various capacities. In each team there is furthermore a number of key people responsible for, among other things, economy, sponsors, PR and service. These people can make up the Steering Committee (but do not have to do so). 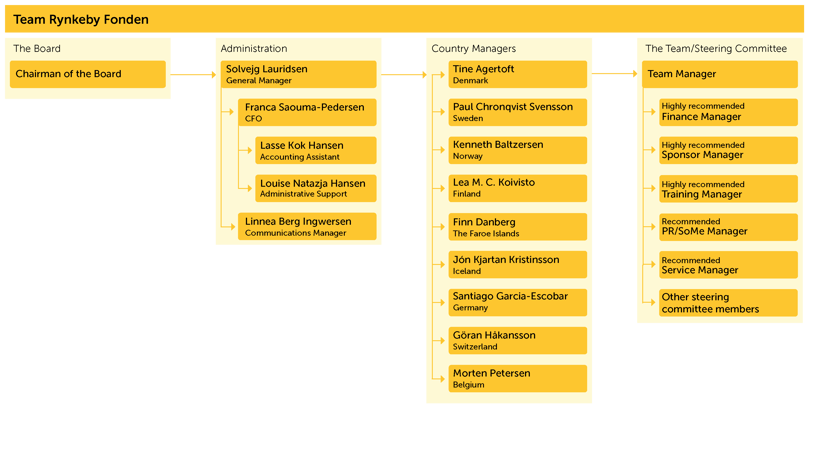